Israeli Kebab: A Must-Have for any Israeli BBQ

It’s Yom Ha’atzmaut time and that means we’re getting ready for BBQ season, or as we like to call it here in Israel “al ha-esh” (literally meaning “on the fire”). Just walk outside on Yom Ha’atzmaut and you’ll feel (and smell!) the atmosphere of celebration. After all, it’s nothing short of a miracle that we have our own country and we never take that fact for granted.

In general, kebab is known throughout the world as various types of meat cooked on a skewer. Stemming originally from the Middle East, today there is a wide range of types of kebab that you can try including beef, goat, fish, chicken, veggies, etc.

The secret to amazing Israeli kebab

When we say “kebab” we’re referring to totally authentic Israeli ground (red) meat kebab. It’s made either on a skewer or as patties and can be found and almost any Israeli “al ha-esh” restaurant or at any Israeli BBQ.

There are a few things that make Israeli kebab so great:

Israelis love to eat kebab everywhere, from their home BBQ, to restaurants, stands on the street, and more. Today, it’s become one of the most common meat dishes to eat on the go or at a party between friends and family on Yom Ha’atzmaut or other happy occasions. You can think of it as the Middle Eastern twist on hamburgers 🙂

While you’re getting your table ready, here are a list of things that you should always make sure to have on your Israeli BBQ table:

So, how do you make true Israeli kebab? We’ve put together our favorite (and most successful!) recipe.

Tip: Make one and taste, then correct the flavoring accordingly

Creating Israeli kebab is the perfect way to make your summer BBQs a bit more Israeli. We recommend also getting some Israeli beer or wine to add another special touch to the atmosphere. As we say here in Israel – Beteavon!

Want to host like an Israeli this Yom Ha’atzmaut? Here are some relevant articles on our blog:

The Best Israeli Salad You’ve Ever Made 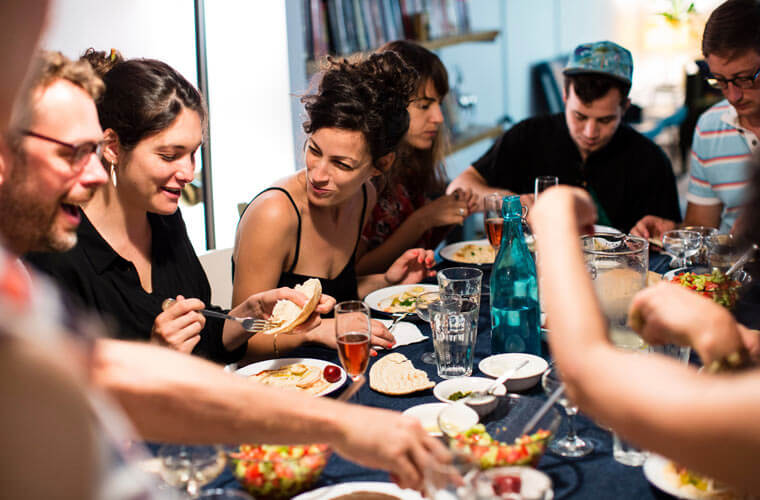 The 10 commandments for hosting a great gathering – Israeli style