The amazing story of the Israeli blue & white flag

From the biblical book of numbers, thru the Warsaw ghetto uprising and up until the battels of modern Israel. The story of the Israeli blue & white flag is intertwined in the story of the Jewish people. “It has always been present in every chapter of our history as people, if whole or in some of its parts. From the amazing tale of our flag one can learn the tales of Israel through the times.” Says Dany Biran, author of the book about the Israeli flag called “A man on his flag”. 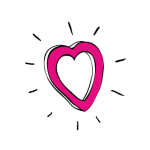 The color blue, or to be more accurate the color Tchelet = light blue, has been linked since ancient times with the land of Israel and the Jewish tradition of weaving the tassels of the Tzitzit. ציצית. Since antiquity researchers and clergy have been fascinated with the special snail that is needed to make the distinct color blue. In later times the tzitziot, together with influences by the Roman toga had become the blue stripes of our flag. 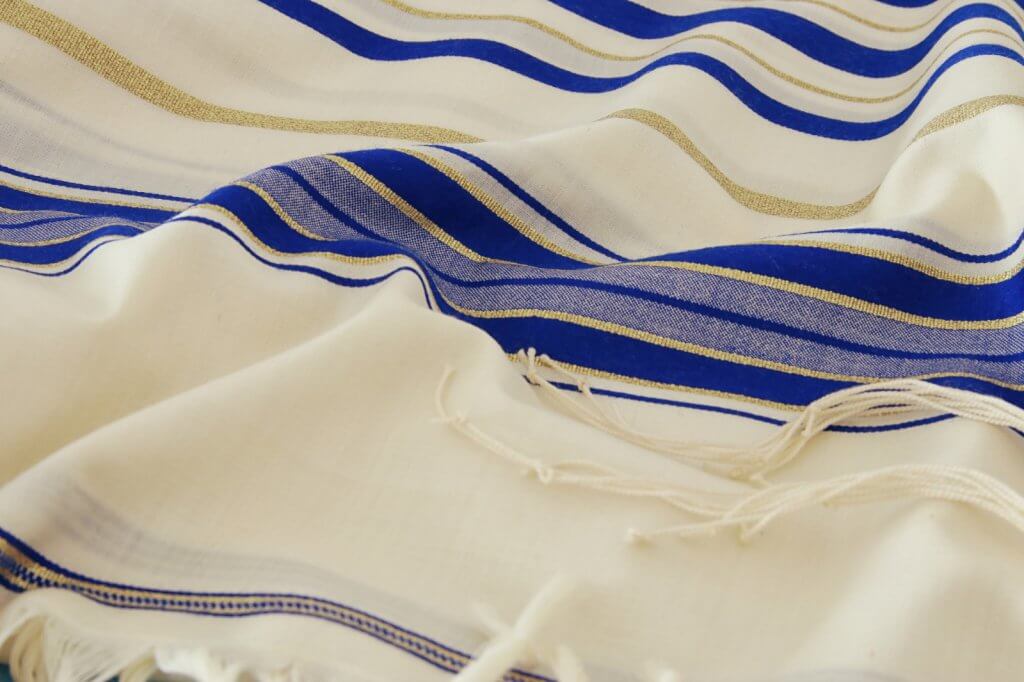 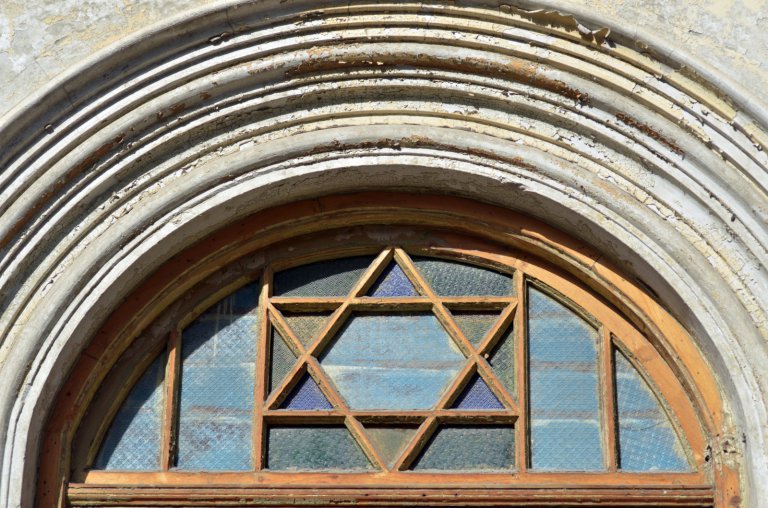 The Magen David in the middle, has arrived to us from ancient eastern civilizations where it held magical mystical meanings. During the middle ages, the Star of David had become identified as the symbol of the Jews, who had chosen it to distinct themselves under the monarchs of Europe at the time. In the late 18th century, the Zionist movement chose it again as a symbol. during the national awakening era the leaders had offered other options as the national flag, for example Herzel offered the 7 stars flag, but this proposals did not make it, as the people wanted two stripes and a Magen David.

The flag was flagged in the first Zionist congress in Basel in 1897, and only in 1933 was made the official flag, after much deliberations. The flag was voted on, and once the decision was made everyone stood up and sang the Hatikva together.

Another amazing episode in the tale of the blue and white flag happened during our nation’s darkest hour. Close to Pesach 1943 the Nazis were preparing for the elimination of the Warsaw Ghetto and deporting all Jews to the extermination camps.
On April 19th the Jewish uprising began. The Jews were resisting with force to the deportation and surprised the Nazis. But what infuriated the Nazi general the most was the flagging of the Hebrew flag over the ghetto by the Jewish warriors from the resistant movement AZI. The flag was up on the tallest building in Moranowsky square and could be seen from the polish side as well. 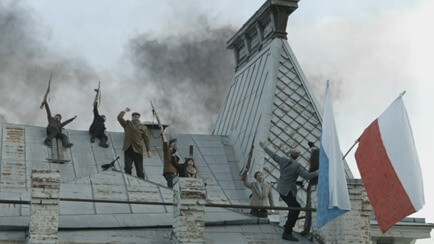 To the Jewish fighters and to the Nazis the flag was a symbol of fight and uprising. The Nazi general ordered to take the flag down at any cost. Many Nazi soldiers and many Jewish defenders lost their lives in this battle. Only after five days of fighting was the flag taken down, following heavy bombardment and many losses. Although the Ghetto and its inhabitants were all perished and lost, the tale of the brave fight and flag left a strong impact in the pages of history.

After the holocaust, many survivors carried with them the flag on their way to Israel aboard ships that went through so much. 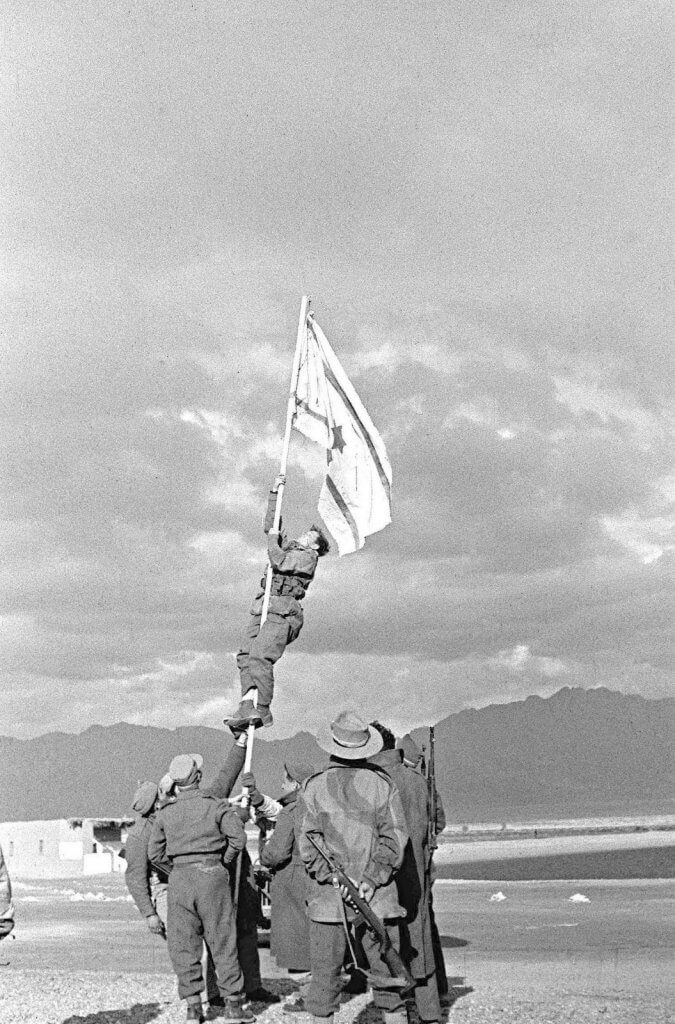 When Israel was founded in 1948, many committees deliberated as to what will be our national flag, and the two striped and Magen David was chosen as the people could not truly relate to any of the other versions.

During the independence war, two Israeli battalions were heading south towards Eilat, in an attempt to take the Negev and Arava under Israeli territory. The Negev battalion got there first, and made it to Um-Rash rash. Where Avraham Aden flagged an improvised flag that the company’s secretary made from a bed sheet and dyed with ink. Another flag was flagged earlier on the same day at Ein Gedi, thus including Masada and Ein Gedi in the Israeli territory as well. In 1967, Dani Biran, the author, was the young soldier who flagged the Israeli flag over the temple mount after the liberation of the western wall and temple mount from Jordan.

The Israeli Blue and White flag symbolizes our nation from antiquity till nowadays. It is, together with the Menorah and our national anthem – the Tikva – the symbols of Israel and the echoes of our hearts for many generations before and of many generations to come.

We are the IsraeliBox team and we send fun emails. Sign up below & get 10% off your first box!